For someone who hates beer, I was pleasantly surprised by the enjoyment I got out of a BEER DRINKING festival.

And while it’s not entirely about beer, it’s certainly an issue if you don’t want to drink it. There’s a wine tent, but drinking wine at Oktoberfest is like eating brunch and not taking a photo of it. It’s just not done. So I ordered my first ever maß. Now the start of a beer is always sneakily deceiving, presenting a cold, refreshing, thirst-quenching first sip. Sadly, this cold refreshing drink quickly descends into a warm piss-tasting liquid that requires a largely forced effort to drink. The only comfort is the beer dancing / cheers song that the bands repeatedly play to remind everyone to drink (in case anyone forgets, a likely situation… ) Unfortunately this song also provokes drunk men to smash their steins together and slosh beer over everyone.

Besides the beer drinking (which may or may not be classified as “fun” depending on who you are), the other fun thing is dressing up. While finding the perfect dirndl or lederhosen can be a stressful (and VERY expensive) experience, once you’ve got it you won’t want to take it off! Until it starts to cut into your arms and stinks of beer / mud / unidentified food of course…

In case smashing huge glass cups against each other wasn’t dangerous enough, after about 5pm everyone begins to stand up and dance on the tables and benches. The poor beer maids desperately try to stop people doing this, however they have no chance at controlling the thousands of drunk overexcited people dancing to Sweet Caroline and Country Road (every night in a row because the bands only have one playlist).

Tips for surviving the festival: stop drinking early in the day, buy a dirndl that doesn’t suffocate you, don’t eat the candied nuts, definitely eat the pork knuckle, Prost as much as you possibly can and whatever you do, WHATEVER YOU DO, don’t go on the spinning chair ride unless you want hypothermia. 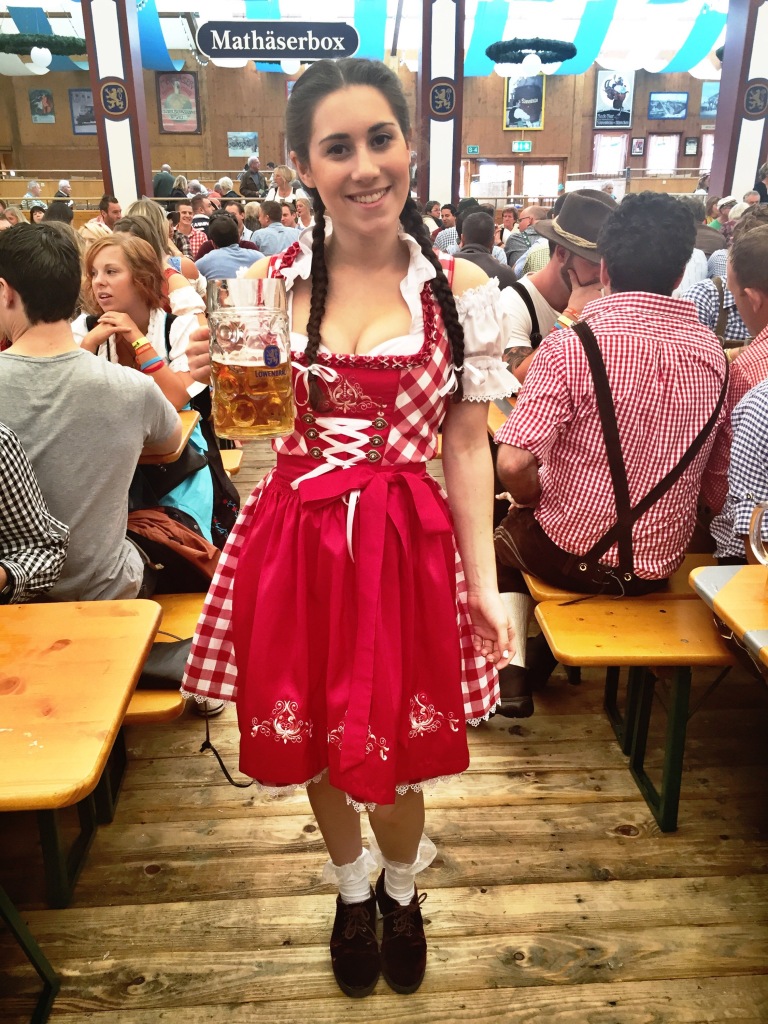 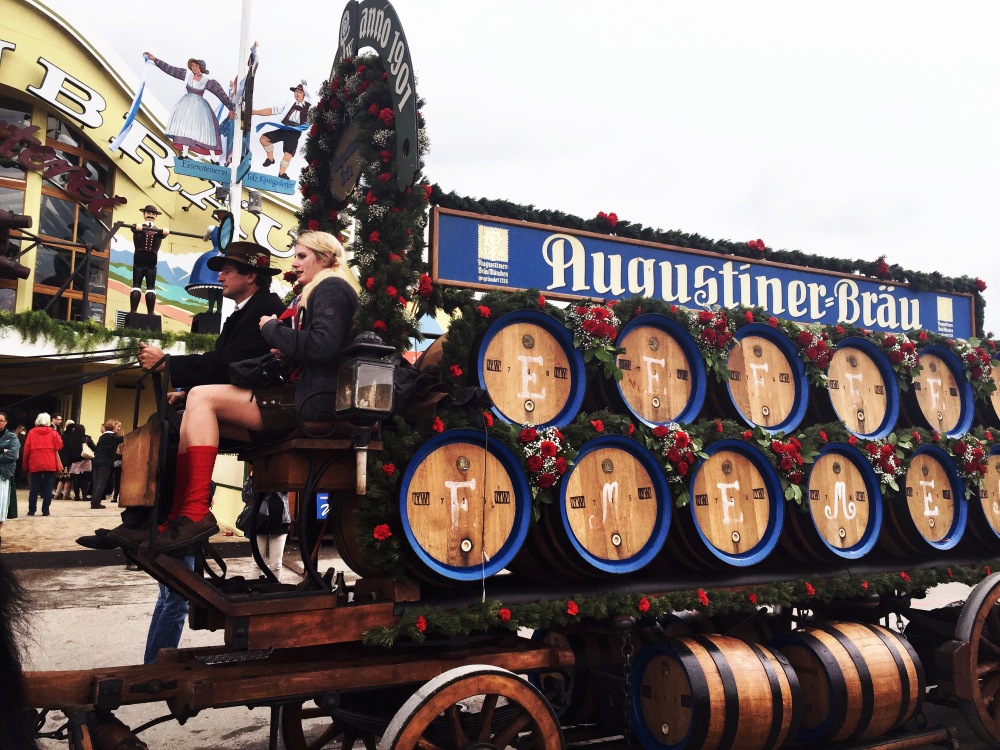