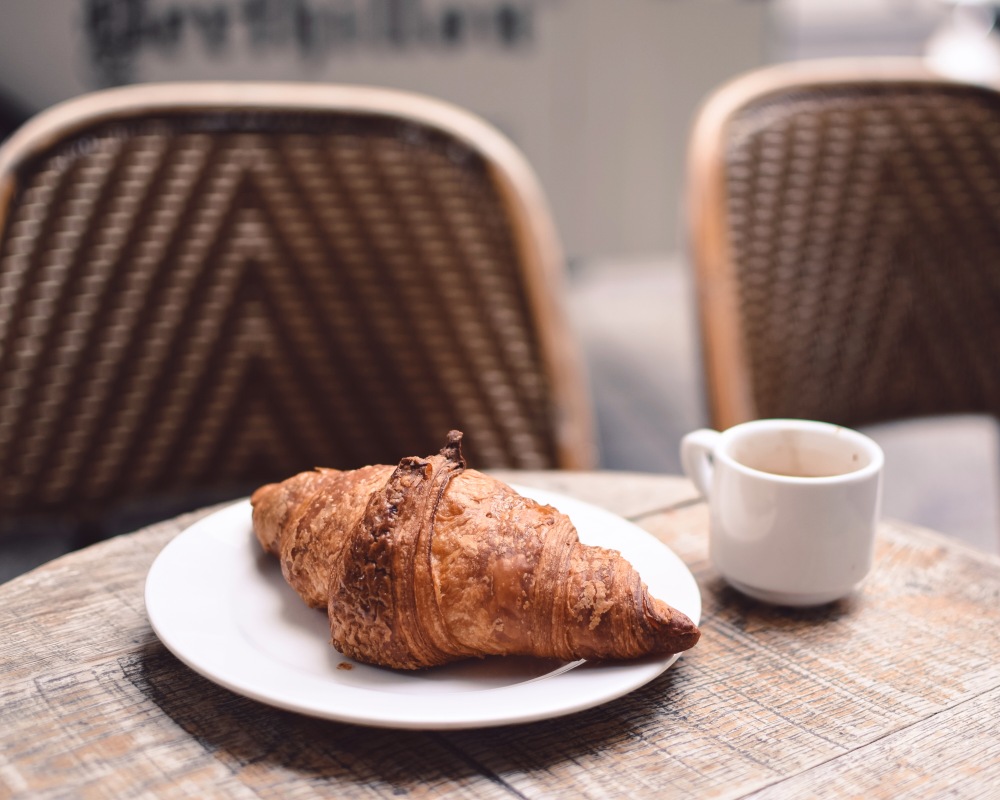 The second part of my Europe travel guide features one of my favourite cities in the world, Paris, as well as London and San Sebastian.

Some people don’t like Paris. These people obviously didn’t visit Saint-Germain-des-Prés (or potentially any of Paris at all –  they were probably in a different city). This area of Paris is filled with the cutest streets, old cafes and bistros, actual French people (not outnumbered 1019201912 to 1 by tourists) and tiny bakeries/patisseries. Once you’ve finished all your tourist-ing duties (e.g. the Louvre etc) walk over the River Seine to the left bank and here is where you’ll find the magic of Paris. Place Saint-Germain-des-Prés is the perfect square to stop for a breakfast quiche and coffee, a croissant, lunch, your second croissant of the day, dinner, pastries for the dessert, your pre-bed croissant…

Even if you don’t like shopping (and I’m not sure why you’re on my blog…), it’s worth visiting Galeries Lafayette just to see the incredible dome ceiling. The top level also has a rooftop bar where you can sip a drink with an incredible (but very windy) view of Paris. The only downfall is that it will cost you almost as much as a clothing item for the drink.

If you’re a steak fan, visiting “Le Relais de L’Entrecote” is a necessity. There will be a line, but it moves fast (you can also take #ootd photos while waiting in the line to make good use of time and Parisian backdrops). The restaurant has no menu – as the only dish is steak frites (steak and french fries) with their special sauce (which is oddly sort of green but tastes suspiciously like I’m-going-to-get-fatter-than-a-Parisian person good)! The meal even comes in 2 separate servings, so it doesn’t get cold!

It’s a rite of passage when visiting Paris to eat your at least 5 pastries every day. If you don’t do this, you will regret it for the rest of your life (I guarantee). Aside from the obvious 3 croissants a day you should eat, there’s many others to try. My favourites are chausson au citron (a crispy pastry with lemon filling), palmier (a crunchy sugary pastry in the shape of a heart) and paille framboise (this one can be hard to find, it’s made of two layers of straw-shaped crunchy sugary pastry with jam in between).

Grab a picnic of wine, cheese and baguette, and head to the Eiffel Tower after dark – every hour, on the hour, it sparkles for 10 minutes. 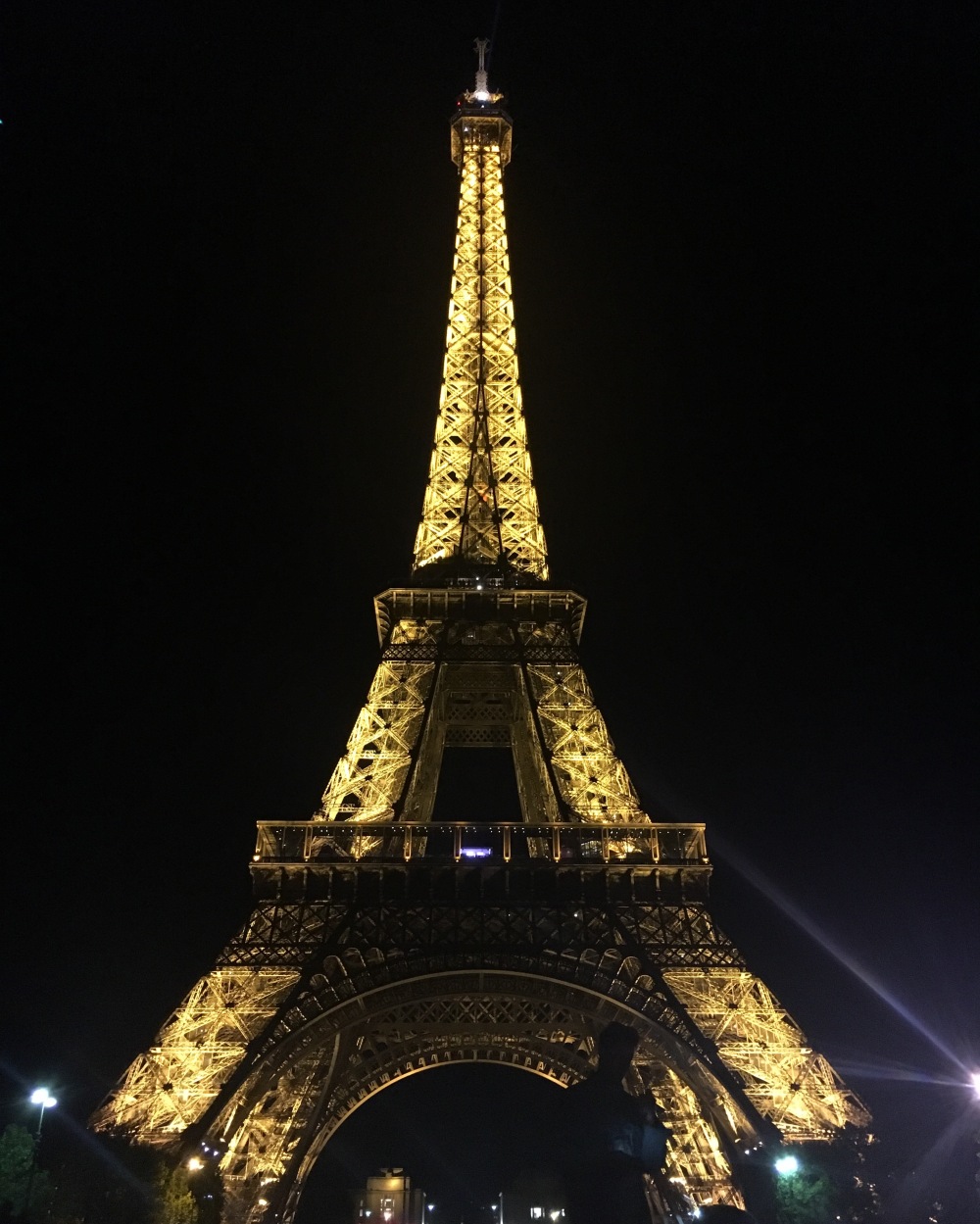 Old Spitalfields Market is a bit of a hidden secret, with stalls selling food, clothing, accessories and a lot of random other things. It’s indoor so when London is inevitably raining despite it being summer, this is a great place to seek refuge and purchase the 5 pairs of so-on-trend-you’ll-be-over-them-in-a-month sunglasses you really want.

While some people associate this 4 storey Topshop store with feelings of confusion, fear and being overwhelmed, I associate it with happiness. If you can hack it, it’s worth every minute of the 7 hours you need to spend there, in order to navigate the store from head to toe (pun intended).

Head for the fresh pasta stall – I know you’re not in Italy, but Italian food is more famous than English food for a reason. Think giant truffle ravioli with mushroom sauce, loaded with parmesan. It’s freshly cooked and eating every last bit is so worth feeling super unwell after for.

If you’re after a cafe, head to Le Pain Quotidien – it’s a boutique Belgian bakery/cafe chain, which is probably why the food is so nice (sorry London). Make sure you ask them to bring over the selection of spreads for your bread (think Nutella, but also white chocolate and dark chocolate versions). There’s one in South Kensington if you fancy white houses, or head to Hamstead for a more local vibe.

If you’re into art of fashion, check out what exhibitions are on at the Victoria & Albert museum. Then wander down from South Kensington to Chelsea to see the distinct change in architecture (white to terracotta houses) between the two suburbs. 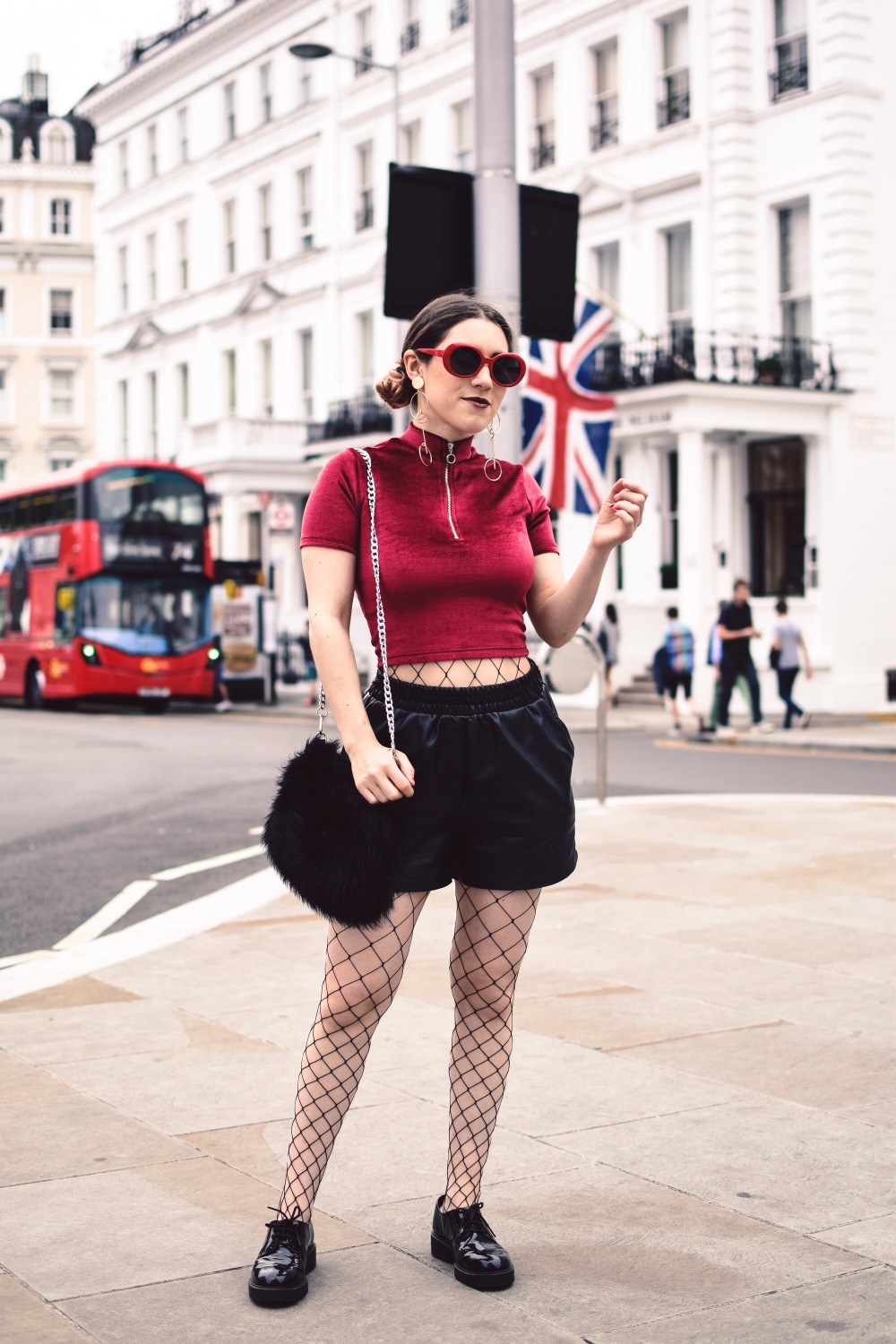 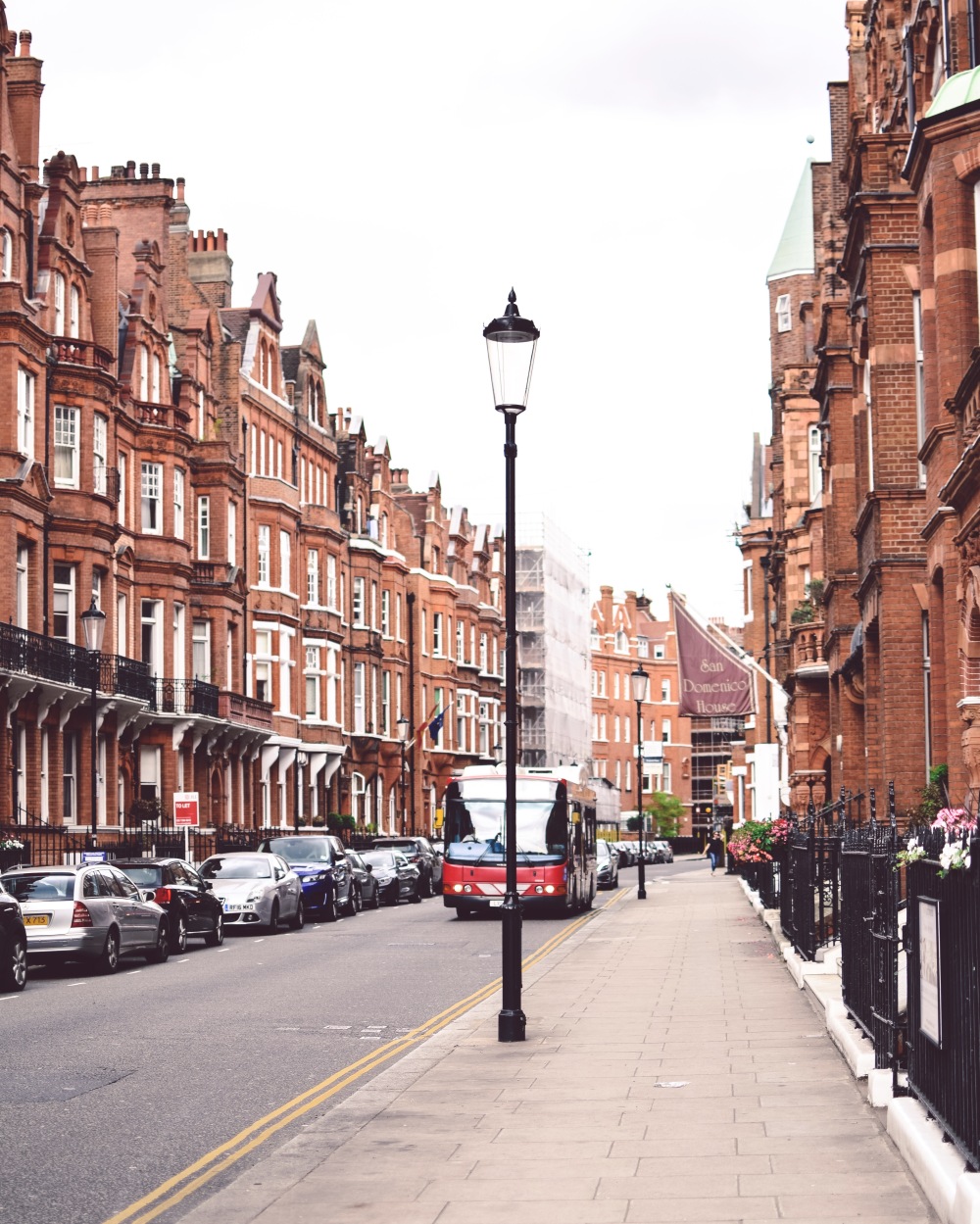 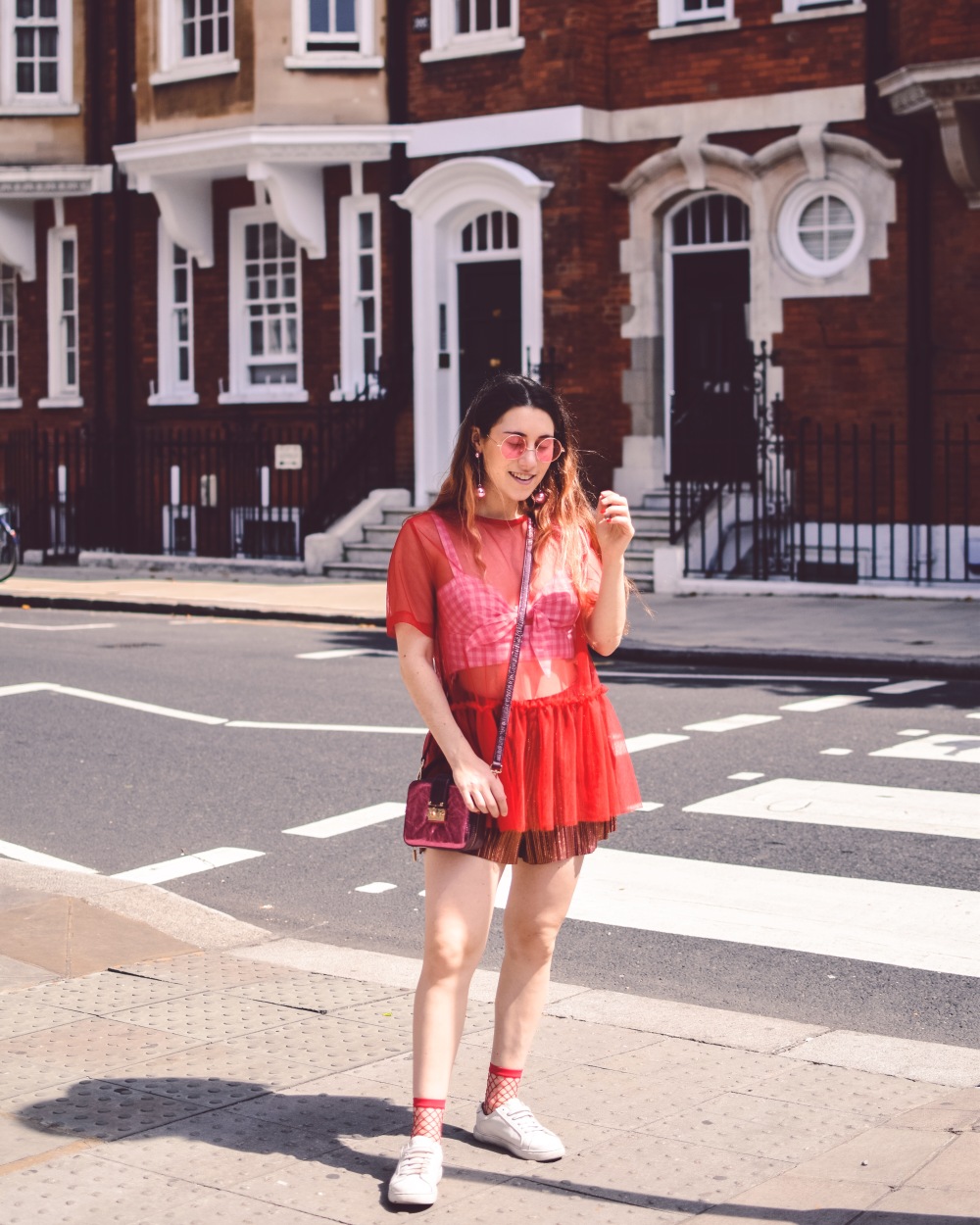 If you don’t fancy being squished between 2392839 other people at the beach, head to Zurriola beach instead of La Concha. It’s much less busy, there’s a stunning backdrop of colourful buildings, and the sand is so nice you could almost be in Australia (aside from the lack of jellyfish/sharks and abundance of topless tanners).

I didn’t go shopping at all here, as I only had a carry-on bag (not my decision) that was already packed TO THE BRIM to the point where I had to smuggle an extra backpack onto the plane underneath my jacket. However, the fruit was pretty unbelievable and I would highly recommend trying the donut peaches – they taste exactly like a normal peach, but they’re shaped like a donut and it’s pretty exciting.

The traditional food of this city is pinxchos – assortments of different food (meats, cheese, Spanish omelette, seafood) placed on top of bread with a tooth pick. I’m yet to figure out what purpose the bread serves exactly. Some places are good…some not so much – it’s a good idea to check reviews on Google or Trip Advisor.

The supermarkets sell 2L bottles of sangria for a very small amount of money, which you’d think would taste about as good as goon (very cheap cask/boxed wine for any non-Australians) but actually tastes better than a lot of much more expensive wines. It tastes extra good if you mix it with vodka, red wine, soda water and oranges – or maybe that’s just the vodka.

Head to the old town and walk along La Concha beach at night – the entire town is lit up and incredibly beautiful. 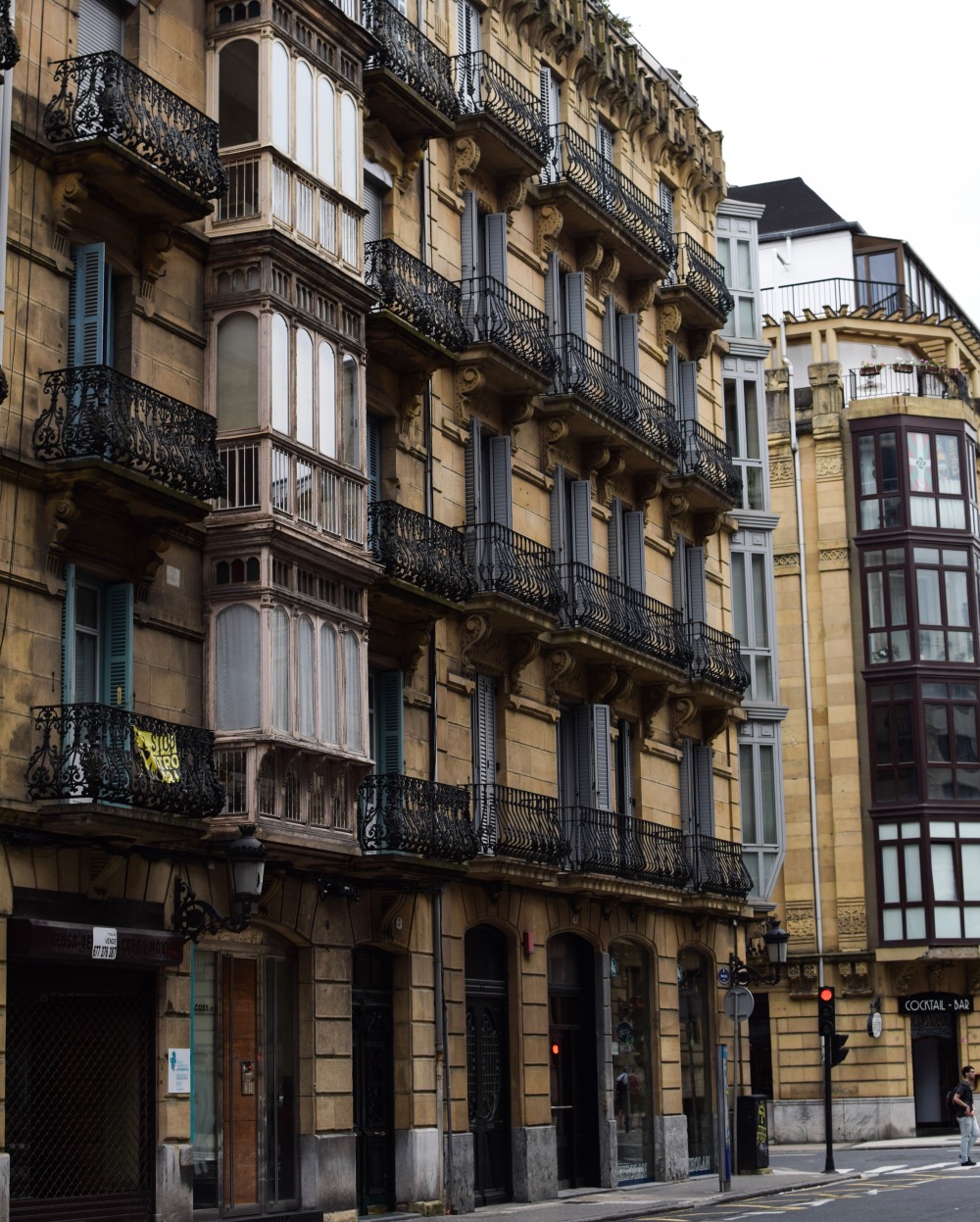