Skip to content
Posted on October 3, 2017 by The Girl Who Lived for Clothes

Just when you thought the Europe blog posts were done…here’s one last desperate attempt to pretend I’m still on holiday in Europe. The last part of this Europe series is dedicated to two of my favourite things: dressing bizarrely, and techno. 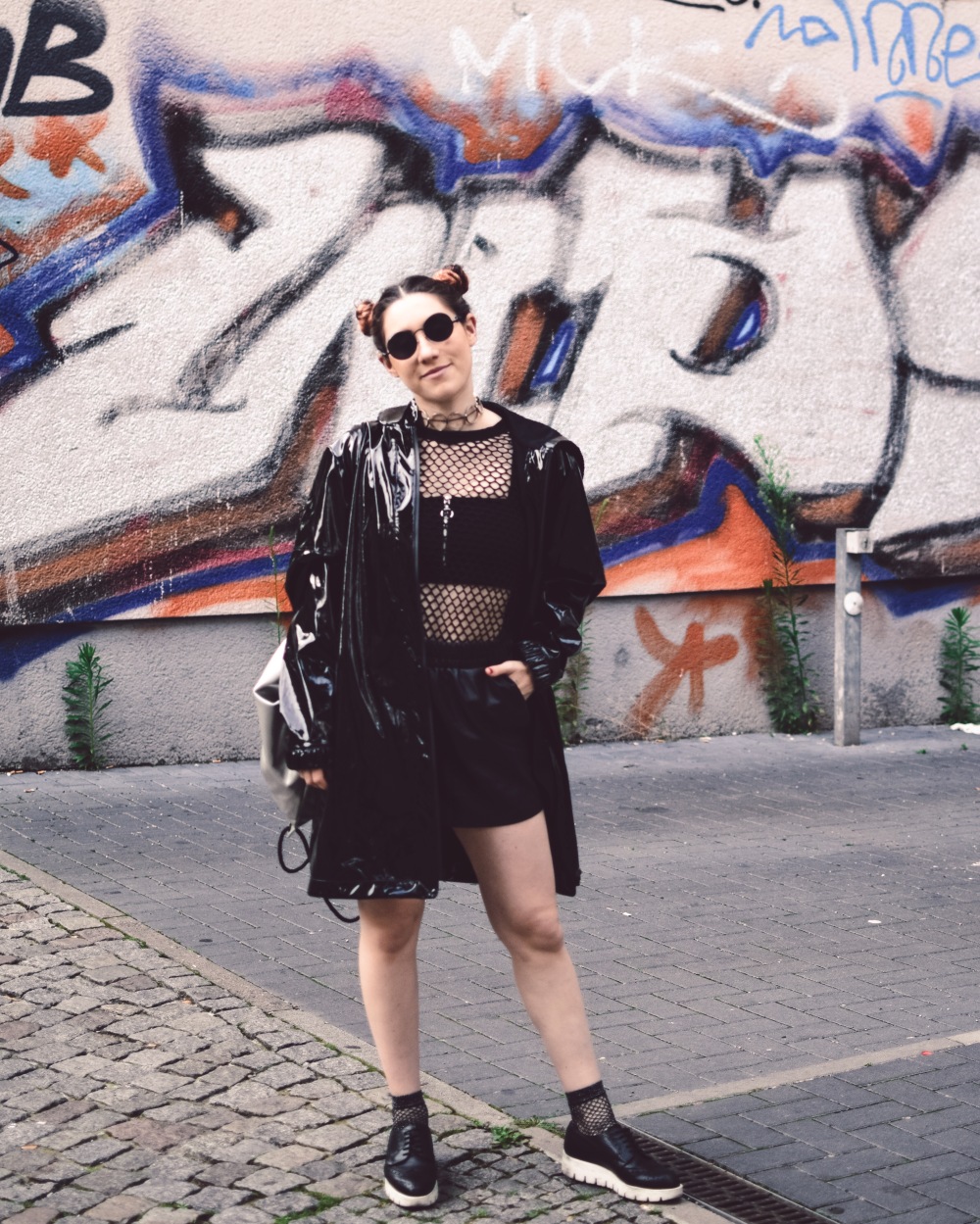 The Berlin nightlife definitely isn’t for everyone, but for those who can appreciate it for what it is, it’s an unforgettable experience and will make partying anywhere else seem sad and pathetic. Don’t say I didn’t warn you. If you’re going in summer, be sure to check out some of the indoor/outdoor clubs – Sisyphos and Kater Blau are my favourites, but Salon Zur Wilden Renate, Club der Visionaere & Ritter Butzke also have some pretty cool setups. They’re all set in abandoned warehouses / factories / etc and feature quirky, trippy and completely bizarre decor. Photos are banned, meaning it’s all a secret until you get inside. Some places will even put stickers over your phone cameras to make sure of it and bouncers have been known to literally throw phones in the river if this rule is disobeyed… A forced technology detox.

Compared to Berghain, these places seem to kind of want to let people in…but regardless, it’s always a good idea to go along with a German friend or speak some German, know who’s playing that night and remember that anything that looks like it came from a sex shop is a great addition to your outfit. If you’re after something a little more classy, Watergate always has a good lineup and an incredible outdoor bar on the river.

For a taste of fancy-yet-somehow-still-grungy Berlin, begin in Mitte near the Hackescher Markt and work your way up through Kollwitzkiez to Prenzlauer Berg. Check out Greta & Luis for a range of minimalist scandi-vibing brands and Vagabond for shoes that will improve your coolness by at least 80% (still leaving you a million times less cool than most people there, but it’s better than nothing).

If you need a quick fix (i.e. Air Berlin lost your luggage – funny, that happened to me too), head to Alexanderplatz for everything you could possible need. (Not) surprisingly, even the H&M stores in Berlin seem to sell a blacker, cooler, grungier range than anywhere else.

If you want to experience Berlin like a local, you’ve got no choice but to drink Club-Mate. What my friends and I originally thought was a “mate” (e.g. a soft drink) for your spirits when we saw ‘vodka + mate’ on a menu, actually turned out to be Berlin’s most beloved energy drink. It tastes similar to Kombucha (aka not very good and like it’s gone off – which it has, it’s fermented), but you’ll get used to the taste when you realise how cool you’ll seem when you tell people you like it. Everyone there seems to be believe it’s a ‘healthy’ alternative to other energy drinks as it’s not sugary (hence the awful taste), despite the excessively large-sized bottles the convenience stores sell having about as much caffeine as about 4 coffees in them (or potentially more). 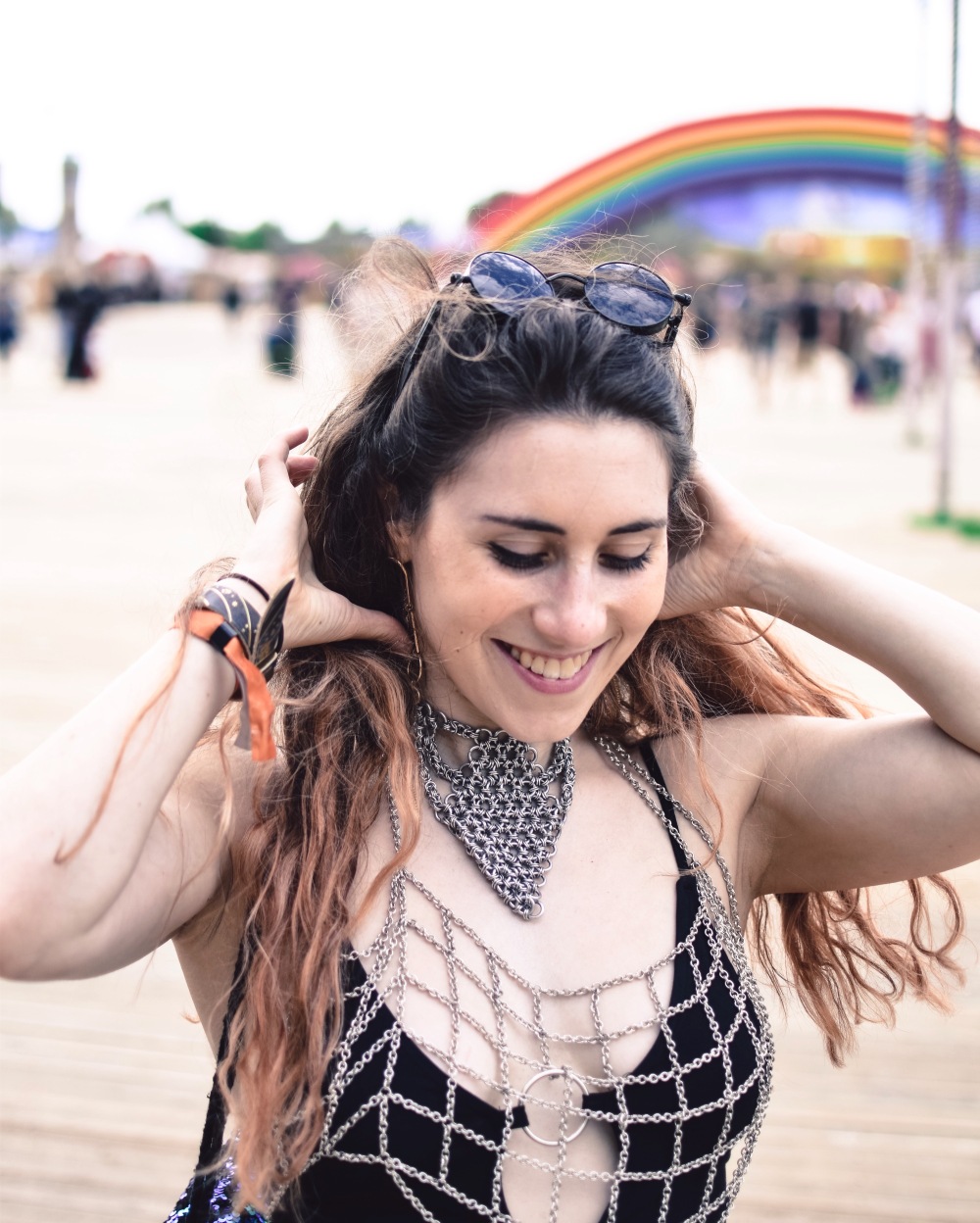 Going to Tomorrowland is (with no fear of sounding cliche) like entering another land for the weekend. Perhaps a little like Berlin in some ways, except photos are most certainly encouraged and grungyness is most certainly discouraged. If you don’t like smiling and skipping and rainbows and making friends, this probably isn’t the festival for you. It’s also the most amazing festival you’ll ever attend, and so worth the exorbitant amount of money it costs to go.

The easiest way to get tickets is through Global Journey, which is a ticket package including accommodation, transport to/from a main city and the ticket. It’s expensive (you’re looking at around 900 EUR/1200 AUD) but everything is organised for you and it’s the easiest way to do the festival if you live outside Europe, or far from Belgium.

Pre-registration is open a few months in advance and tickets generally come out at the end of January, usually at 4am Australian time. The first time I went, it was at 4am on the night of my 21st birthday party. Let’s just say a whole lot of families got woken up to drunk girls screaming at each other on a 6 way speaker phone call. Make sure that if you’re buying a chunk of tickets, to let your bank know in advance so they don’t block the transaction (learnt from experience…) You have to be pretty quick to buy the tickets as soon as the sales open. If you miss the first round, sometimes more tickets appear after a few minutes.

There’s a range of accommodation at Tomorrowland, including staying at hotels in a Brussels or Boom, homestays/airbnb, glamping and camping. The camping grounds are convenient as they’re located next to the festival, whereas if you stay in a hotel/house, you have to take a shuttle bus to/from the festival each day.

Camping is in Dreamville, which is like a little town filled with shops, supermarkets, camping supplies and everything you could possibly need. You can either BYO your camping gear, or pay extra for the camping/glamping packages. Easy Tents or Spectacular Easy Tents are already set up for you, so if you don’t fancy carrying your tent around for 3 months prior, then this is the perfect solution. They come with sleeping bags, a lantern, a mirror and a blow-up mattress (which will be inevitably deflated when you arrive home at 2am – there is pumps though), and the Spectacular Easy Tents have decking underneath, chairs and a powerpoint. For an absolute fortune, there are also glamping / cabin-style options. The Easy Tent area has clean, working toilets and hot (warm*) showers with powerpoints. Unlike in Australia where everyone just babywipes or remains covered in mud/dust, girls at Tomorrowland actually lineup to straighten their hair. Camping is super fun, as you’re surrounded by a million people going to the festival and it’s like the most epic pre-drinks on earth.

If you’re staying in Dreamville you can bring any food or drinks/alcohol (NO glass though) into the camping area. There’s a massive range of food but it’s insanely expensive and insanely bad for the price. I recommend bringing some snacks and avoiding the food stalls as much as possible. Even the fries were pretty awful and it takes a serious amount of effort to ruin FRIES ffs. Bring water to have at your campsite and as much alcohol/mixer as you can stand to drink lukewarm.

You can’t take water bottles (even empty) into the festival and they remove the lids of water that you buy inside to make you keep buying more… If you can remember, hide a water bottle lid at the bottom of your bag or try or beg the bartender to leave the lid on. The water in the toilet taps is safe to drink.

Bring clothing for literally ANY possible weather. Ok, not snow. It’s 99% likely that it will rain, so investing in a fun and comfy raincoat will make your experience a lot more pleasant than attempting to enjoy a festival in a bright yellow poncho that continually blows up and lets all the rain in and covers your outfit. Inevitably as there is rain, there will be mud, so don’t wear shoes that you want to bring home with you. It generally isn’t deep mud though. The weather can range from freezing (at night) to boiling in the day, so it’s good to have very warm clothes for sleeping and a jumper to take into the festival.

Most people dress up a little, so you can’t go wrong with some colours and glitter. People seem to wear either ridiculously stupid costumes, or a little bit festival-y but not as much as you’d expect – I still somehow managed to get stared at in my unicorn/mermaid costumes. A lot of people bring a flag from their country and wear it as a cape!

Tomorrowland has its own money system called pearls, which are stored on your bracelet and can be transferred on via cash or card. Conveniently for them, 100 euros is only worth around 65 pearls… So if you’re converting from AUD to EUR to pearls, each drink costs approximately 1 bazillion thousand dollars – moral of the story, BYO as much food/drink as you can to the camping grounds.

In general, everyone is super friendly and wants to make friends. Dance and chat with people from around the world – you’ll likely bond with them over something, whether it’s about your love for techno, distaste for beer or agreement that psytrance is the only kind of trance worth listening to… Remember, wearing glitter, shiny material and earrings that look touch-able makes you instantly more likely to make friends. 😉

The festival contains 16 stages, all of which change theme (and music genre) everyday. There is a Tomorrowland app which lists the lineups, stages and gives you the option to favourite artists with an alert for when they start playing. Each stage has a name that remains the same, but also a different host name everyday based on the genre. For example, the ‘Freedom’ stage was hosted by A State of Trance day 1 (trance/psytrance), Axtone day 2 (house) and Pryda day 3 (techno). Explore the festival on the first day so you know where everything is – it’s a bit of a maze so post-drinking 12 x $18 vodka red bulls, you’ll be thankful you have a vague idea of where you’re going.

While it may seem tempting, don’t get stuck at the main stage for the whole festival. The main stage mostly plays commercial EDM / electro house. If you’d rather never attend another festival again than listen to electro house, then you’re probably going to want to stick to the smaller stages – but make sure you at least take a peek at the closing fireworks display.

If you have any further questions about the most magical festival on earth – shoot me a DM on Instagram (@thegirlwholivedforclothes). 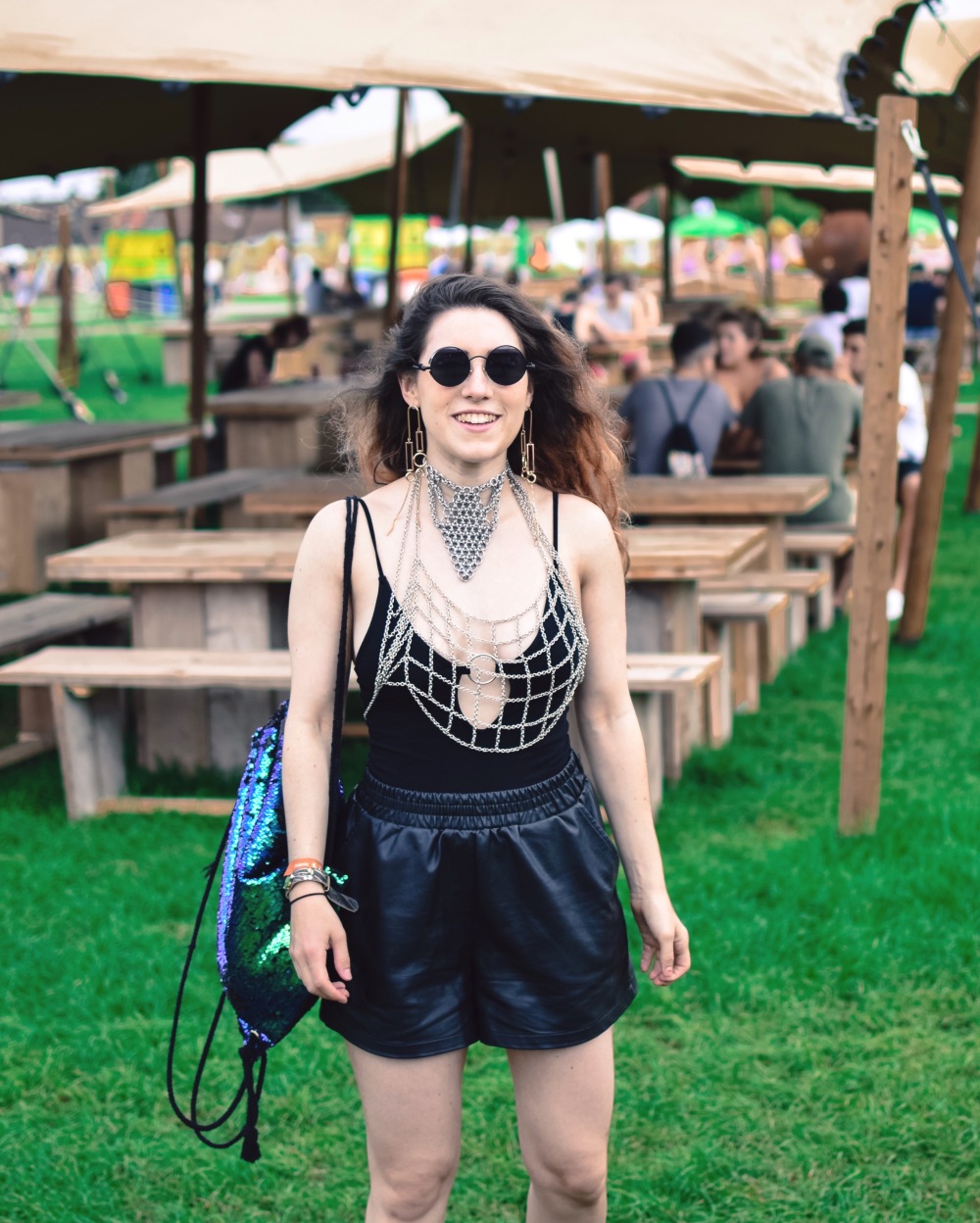